The vampire who rules from Castle Ravenloft and Barovia

The villagers speak in only hushed tones of the master of Castle Ravenloft, Strahd Von Zarovich.

One night, a wounded soldier staggered into our camp and collapsed. We nursed his terrible injury and quenched his thirst with wine. He survived. When we asked him who he was, he wouldn’t say. All he wanted was to return home, but we were deep in the land of his enemies. We took him as one of our own and followed him back toward his homeland. His enemies hunted him. They said he was a prince, yet we didn’t give him up, even when their assassins fell upon us like wolves.

This man of royal blood fought to protect us, as we protected him. we bore him safely to his home, and he thanked us. He said, "I owe you my life. Stay as long as you wish, leave when you choose, and know that you will always be safe here.

A curse has befallen our noble prince, turning him into a tyrant. We alone have the power to leave his domain. We’ve travelled far and wide to find heroes such as yourselves to end our dread lord’s curse and put his troubled soul to rest. 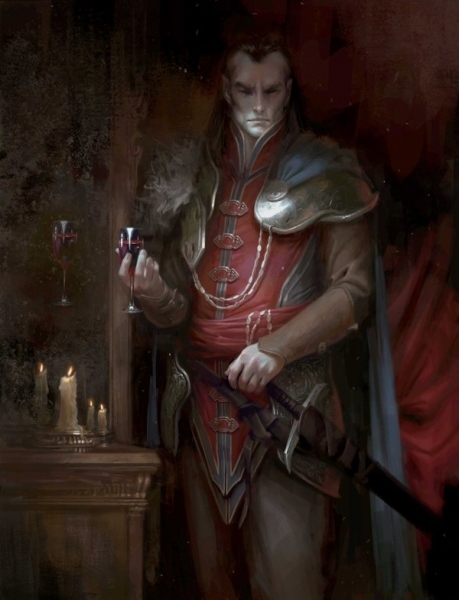